Democratic Reform: Getting it right

Tens of thousands of Albertans have lost faith in Alberta’s democratic institutions. Todd Loewen’s democratic reform measures are designed to move away from the leader-centric politics of the Kenney era, and put Alberta’s families and communities back in charge of our shared provincial agenda.

Here are the key points:

In addition, under Section 45 of the national Constitution Act, certain changes to provincial constitutions may be reflected in the Constitution of Canada. This provides our province with a new avenue to be exercise influence on the national stage. 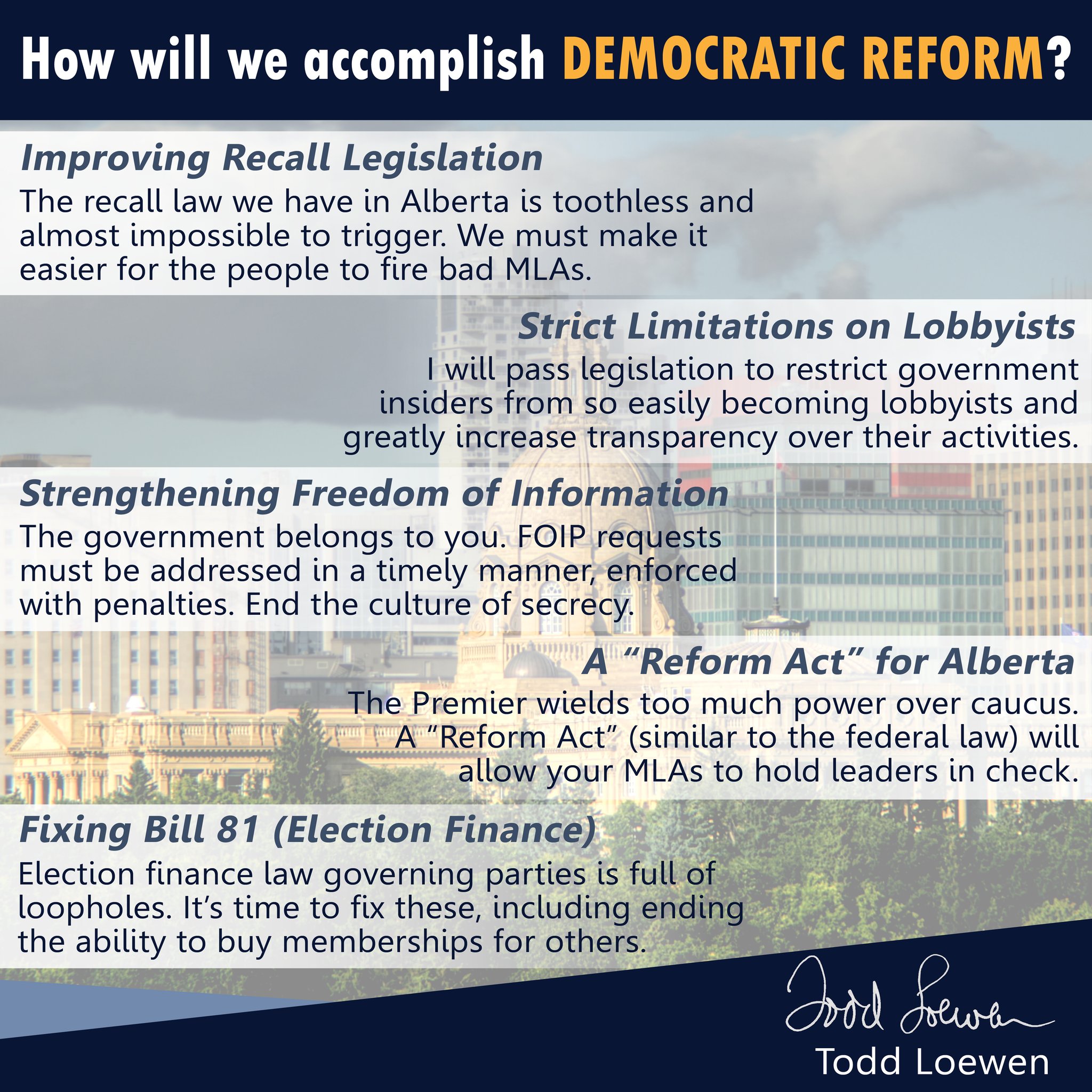