An economic plan to help the little guy get ahead

Here in Alberta and across Canada, it is getting more and more difficult for individuals to get ahead. Even in times of economic growth, families often find themselves falling further behind, and runaway inflation is just making matters worse. For the first time since the Secord World War, a generation is coming of age with the understanding that they will be worse off than their parents. It’s time to get back to the basics of fiscal conservatism and economic freedom that helped to create the middle class in the first place:

Here are some of the key points of my Economic Plan designed to Help The Little Guy Get Ahead:

Furthermore, the government must provide a legislated plan for all future surpluses, including both debt reduction and personal tax cuts.

P.S. my big idea is so good, and so common-sense that Jason Kenney had no choice but to implement (only part of) it. Albertans are tired of dragging our feet, Jason Kenney should of have implemented this a year ago when Albertans first started feeling the inflationary pressures. Unlike Travis Toews, which rolled back the indexing of personal income tax, I believe Albertans should be able to get ahead. As soon as Travis stepped off the podium, and resigned as Finance Minister to pursue the leadership, common-sense policy began to take place - such as indexing the personal income tax to inflation. 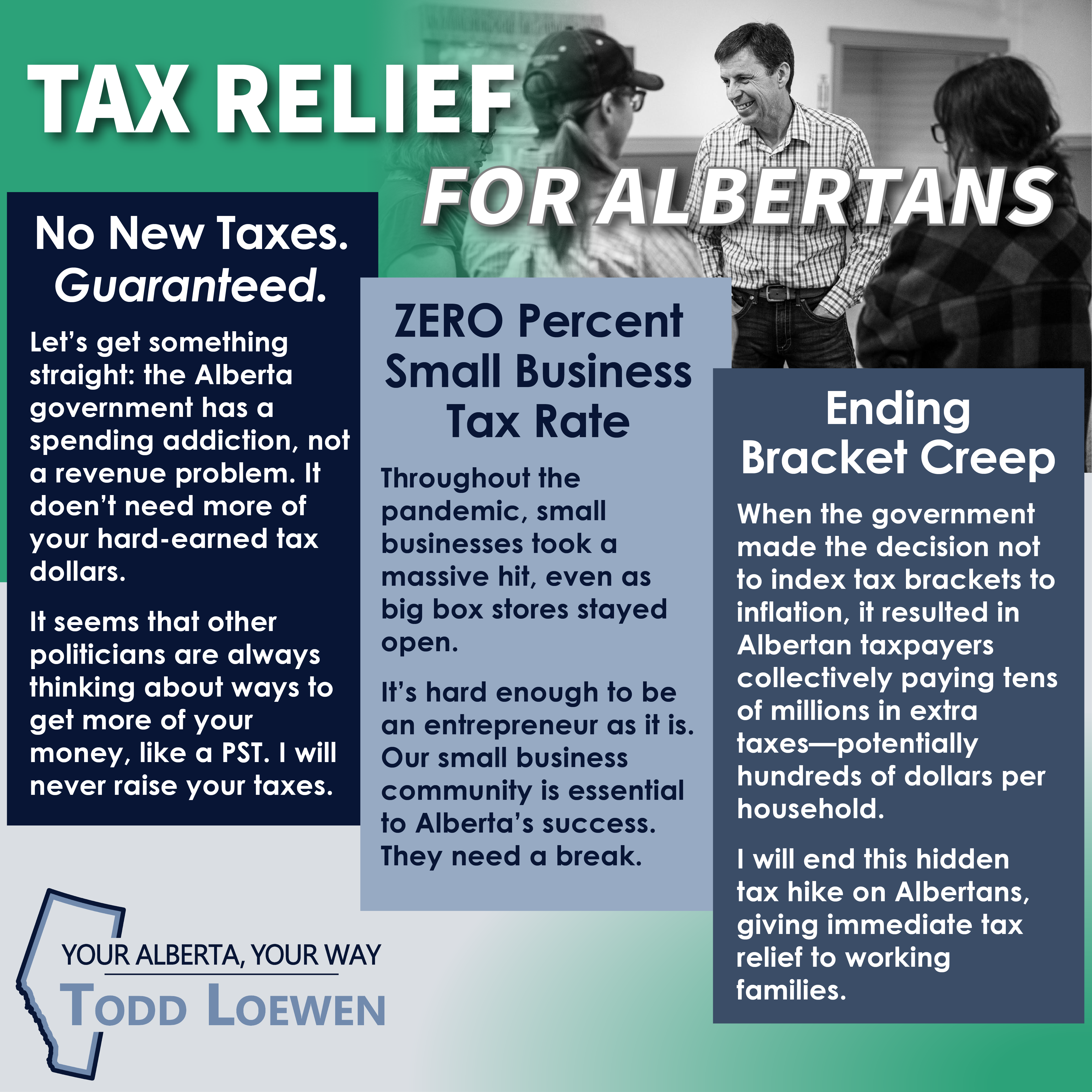